The History of Stainless Steel

The development of stainless steels as we know them today was kick started in the 1890s when Hans Goldschmidt of Germany came up with an aluminothermic (thermite) process for creating chromium alloys that were free of carbon. The research in this field intensified into the first decade of the 20th century till Leon Guillet of France developed alloys that were classified as stainless steels.

The development in the research and manufacture of stainless steels took place outside of Europe as well. In the United States, Christian Dantsizen and Frederick Becket had initiated the industry for the ferritic stainless steel. The year 1912 was a significant time period in the history of stainless steel. In that year, a man called Elwood Haynes decided to put forward an application for a US patent on martensitic stainless steel alloy. The patent took an awful lot of time to be granted, and finally in the year 1919, Haynes and the United States had the right to the patent on martenisitic stainless steel. Another man by the name of Harry Brearly of the Brown Firth research laboratory took the initiative to industrialize martenisitic stainless steel alloy. When Brearly applied for a US patent in the year 1915, he found out that Haynes had already placed his application prior to his discovery. Instead of fighting for recognition, the two joined forces, and together they channelled in sufficient funding to pave a path for the formation of the American Stainless Steel Association. The headquarters of this association was situated in Pittsburgh, Pennsylvania.

At very first, stainless steels was being sold around the United States under various labels that were part of brand names such as “Allegheny Metal” and “Nirosta Steel”. People within the metallurgy industry couldn’t agree to one particular name for the revolutionary substance. For a brief period of time, it was called the “unstainable steel” courtesy of a trade journal. Before the mammoth depression of 1929, more than 25,000 tons of stainless steel was manufactured and distributed in the United States alone. This early boost in production and sales laid the foundation for the eventual success and popularity of stainless steel all across the globe.

The Future of Stainless Steel

Due to its sheer strength, versatility and resistance to corrosion; stainless steel is quite literally everywhere. For more than a decade now, this adaptable material has formed an integral part of the world’s construction industries, transportation sectors, medical practices and household appliances. Most of the planet’s most impressive and grandest architectures incorporate some form of stainless steel within their structures; with more than 1.3 billion tons of the metal being produced every year. Global markets and demand are frequently fluctuating, but industry leaders seem confident that the future of stainless is a promising one.

Here at Cougartron we are providing the future for stainless steel cleaning and passivation. Our systems provide superior, swifter and safer passivation in a super compact format. We achieve this with the use of intelligent electronics which provide unswerving power and zero interruptions. 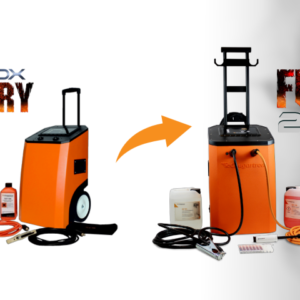 The new model of our InoxFURY weld cleaner – Cougartron FURY 200 is now available! 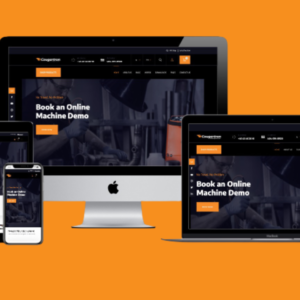 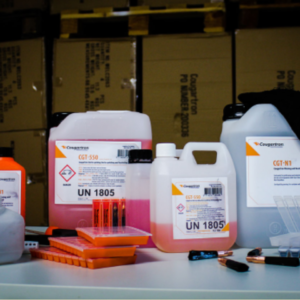